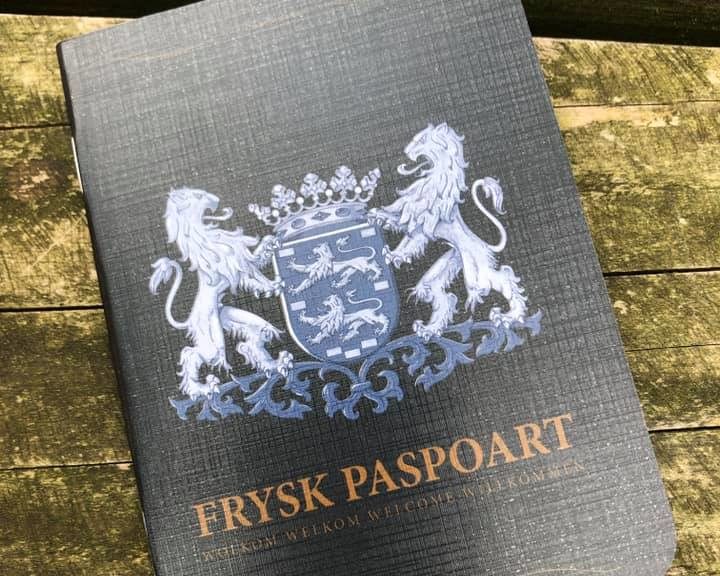 I don’t expect you to understand the title of this story, but it has everything to do with the region we walked today, Friesland.

In the Middle Ages there used to be a folk hero in this region called “Grutte Pier”, he was a true freedom fighter and, according to legend, he let every man he imprisioned say the words: bûter, brea en griene tsiis, wa’t dat net sizze kin, is gjin oprjochte Fries, to be sure he did not imprision a true Frisian. It means if you can’t say butter, bread and green cheese, you are not a true Frisian.

Driving to Friesland this morning I had to think about my father, who passed away seven years ago. On days like this I miss him and would love to call him tonight and tell him all about my walk in the region he was born and grew up in. We both love this region and coming here today feels like coming home.

He was the one who taught this  Frisian saying to me.

National Parc Drents Friese Wold is our place to be for today. The Peaker who is guiding us around this beautiful area is Manon. Manon has a special relationship to this area. As a child she came here often, and she also has a special connection to the watchtower, which I will tell you all about later.

Together with seven other Dutch Peakers we walked in this beautiful and special area. This National Parc is one of the largest natural areas in the Netherlands.  It contains over 6000 acres of wood, heather and shifting sand.

Although the Parc has over 130km (80 miles) of footpaths, we walked just a small part of it, and were impressed by the beauty.

Right at the beginning of our walk we passed a circle of logs. Every log had a plate with the name of a tree. Based upon your birth date you have your own tree ( there are 12 in total).

When I did some background research on the internet I read that the Celts, just like the Chinese and the Western World, developed their own horoscope. In the religion of the Celts, nature takes a central part. The Celts worshipped the earth. Trees, rocks and rivers were sacred. Everywhere in their religion they had holy trees, and every tribe had its own family tree.

I, for example, was born on the 3th of february, therefor I am a Cypress. But I am very close to the Cottonwood. It’s likely I have different characteristics from both trees.

It says I am a independent fighter but also a carefree social bird. I leave it up to you, and all of those who think they know me, see for yourself if there is some truth in it.

As we walked on we saw a huge watchtower on the side of a large pool. Manon told us that the border between the two regions Frisian and Drenthe was right in the middle of the pool.

Standing on top of the watchtower we could overlook a great part of the environment.

The watchtower has a somewhat special story. It was built in 1995 by young people who attended a boarding school for students with special needs. Having these young people going to this boardingschool kept them from derailing.

Nowadays local authorities in the Netherlands have to finance these prevention measures,  instead of our government. All around us we see these important projects disapear.

To Manon this tower has another important meaning. At the time the tower was built her father was operation manager at the boarding school.

Manon has mixed feelings about it. She is a social worker herself and sees that everything that has anything to do with prevention is cut out.

The silver lining in this story is that there is still no money found to tear the tower apart, so we can hope it will take a very, very long time before they do.

One receives far more than he seeks

John Muir once said that in every walk with nature one receives far more than he seeks. This is the sixth walk of our challenge and every walk I come home with so  many stories. I learn about professions I have never heard before. I learn to look at some professions through different lenses. I learn new things and combine them with what I already know. But most of all, I learn so much by just listening and asking questions.

Today for example I walked for quite some time with Ria. I first met Ria last july (2018) in Utrecht. At that time Ria was almost at the end of her Master degree in History.

When she was doing some research for her Masters, she was suposed to review a text written in a handwriting nobody had ever seen before. One of these handwritings contained medical information. Because Ria once was a chiropractor ,it caught her attention. She even lived for six months in Scotland because two professors of St.Andrews University knew a lot about this subject. She told me she narrowed her topic of study down to the transfer of medical knowledge in the 7th and 8th century. Isn’t that interesting? I would never have tought of doing research on a subject like that. Awesome!

Besides that Ria and I both share a love for Glasgow, but that’s another story!

Having had all these wonderfull conversations  today and learned so much, I hope you understand why after this walk I wished I could call my dad and tell him all about it.