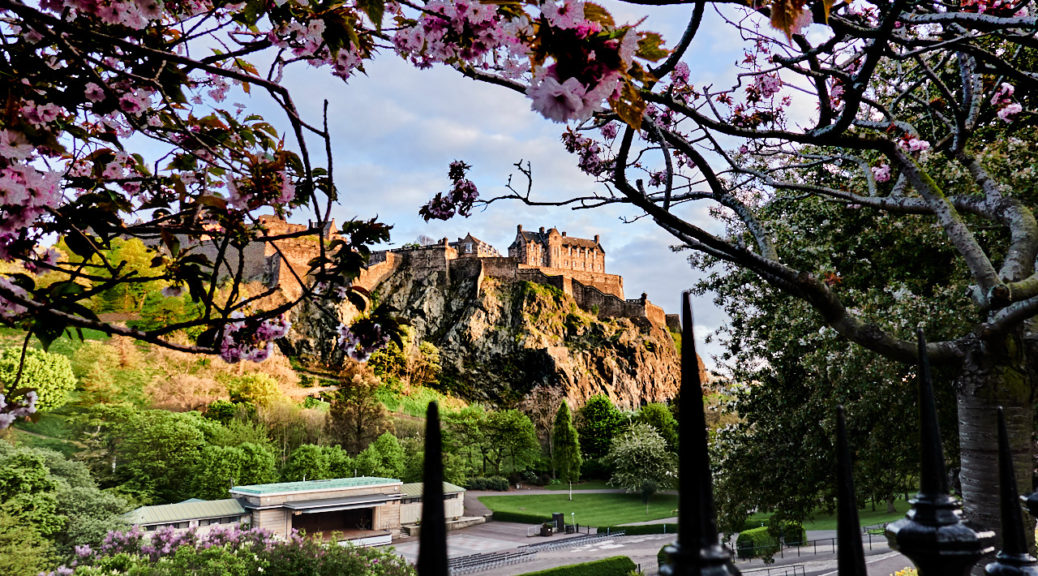 If we don’t do anything,

What we see is unacceptable;

Our only hope is you and me.

I translated these few lines from a Dutch song. Not just any song, it’s a song from the Dutch Musical Soldaat van Oranje.

The musical is based on the life of one of our greatest heroes, WWII resistance fighter Erik Hazelhoff Roelfzema. This musical has already attracted 2,8 million people.

In October, the Dutch Peakers learned that we would come to Edinburgh on the 4th and 5th of May, and we immediately started thinking of a place and a way to remember those who lost their lives in war, especially in WWII. Where could we find a suitable place?

As we entered the porch through a solid oak door, I wonder if you noticed the pelican over the inner door. If you did not, be sure to look at it when we leave.

The pelican is feeding his young, and according to the myth, she does this with the blood from her own chest. The Pelican is an ancient symbol of sacrifice.

And now we are standing here to remember all of those who sacrificed their lives in WWII and all the other wars. Most of those soldiers at one time or another likely thought:

If we don’t do anything…

In the two minutes of silence we just had, and also in the weeks prior to this memorial a lot of thoughts crossed my mind. What was I going to say? I started to look up some old speeches on the website of the 4th and 5th committee. I read what had been said in the past and wanted to add some of my own thoughts to it.

Although we live in a democracy, we have to be, at all moments, aware of the danger around us.

Recently we had an act of terrorism in Utrecht and, be honest who didn’t think for a split second, when the Notre Dame was on fire, it might have been an act of terrorism? There was a time we thought these things only happened far away from us, or only in places with a lot of people. That time is over. Now we know it can happen anywhere.

Everywhere I look around me I see people building walls between different groups of people. Gradually and before you know it we find it normal. But is it normal?

On a night like this when we remember, we have to stand still and really listen to each other. When differences between people are getting bigger, we do have to ask ourselves if we are willing to open up for the truth.

It is neccesary to collect information first before we judge. Are we able to look with an open mind at situations? Recently I read an article that asked when do you stand up for the values that are important to you and when do you keep on reconciling with the situation that presents itself? Could you remain on the outside even when you witness terrible injustice?

If we don’t do anything…

This year it has been 74, almost 75 years since the Netherlands was liberated. As we stand here, some of you might have had parents or grandparents who actually witnessed WWII, but many of us do not. It is from our history lessons, stories of family members, books, and movies that we know how horrible this war must have been. How horrible any war must be. It is beyond imagination what it must be like when your freedom of speech is taken away, when there are so many things you are not allowed to do. When you live hidden somewhere in the woods, not knowing when and if you ever will see your family again.

It is important that we keep on telling these stories of history so that something like that will never happen again. It’s up to us to pass the freedom on to all of our children and their children, for

What we see is unacceptable

Recently I read in the news that the Red Cross in the Netherlands will create lessons that teach our youth to phone the alarm number first before they start filming an accident.

Almost 90% of the population find that filming before calling for help is not normal, and still it happens on a daily basis.

And it’s not only accidents that are filmed but even worse. People are beaten up just because they are of a different race, culture or religion. Films are made of it and put out on the internet. So much damage and division has occurred. At times it seems people are losing sight of right and wrong.

Those of us standing here are members of a large global community, and we believe that we can effect positive change in our lives while helping others. We challenge ourselves to live happier and healthier. We help ourselves in order that we may help others.

It’s up to you and me

Tomorrow we celebrate that we live in freedom. The day WWII came to an end. But it’s also a day to reflect to the importance of freedom and to realize freedom is vunerable.

The Army, the resistance fighters and all those who fought for our freedom, it’s now up to you and me to keep our freedom and pass it on to the next generation.

The number of Dutch underground people, who can tell us the stories of WWII, is reducing rapidly and it’s important we think about new initiatives to pass on the stories of freedom.

All over the Netherlands we organize Liberation Festivals. But not everybody finds those festivals attractive. In Amsterdam, our capital city, every year about 10.000 people come together to organize a freedom meal. The purpose of this initiative is to bring people together and communicate to each other about what freedom is to you. Because..

Our only hope is you and me

Hatred and violence will never win over tolerance and mutual respect. We should not let fear lead our lives.

Or as Einstein said:

“Learn from yesterday, live for today, hope for tomorrow. The important thing is not to stop questioning”.

In conclusion, as we remember the past, we honor those who saw what was unacceptable and did what needed to be done. We thank those who made the ultimate sacrifice fighting for our freedom. As we look to the future, may we remember in this MPC community and the world at large, to be the ones who take action when needed to make the world a better place. Whether we are fighting for freedom, a cure for cancer, or to make the world a better place for our children, remember…it’s up to you and me.

3 thoughts on “If we don’t do anything”