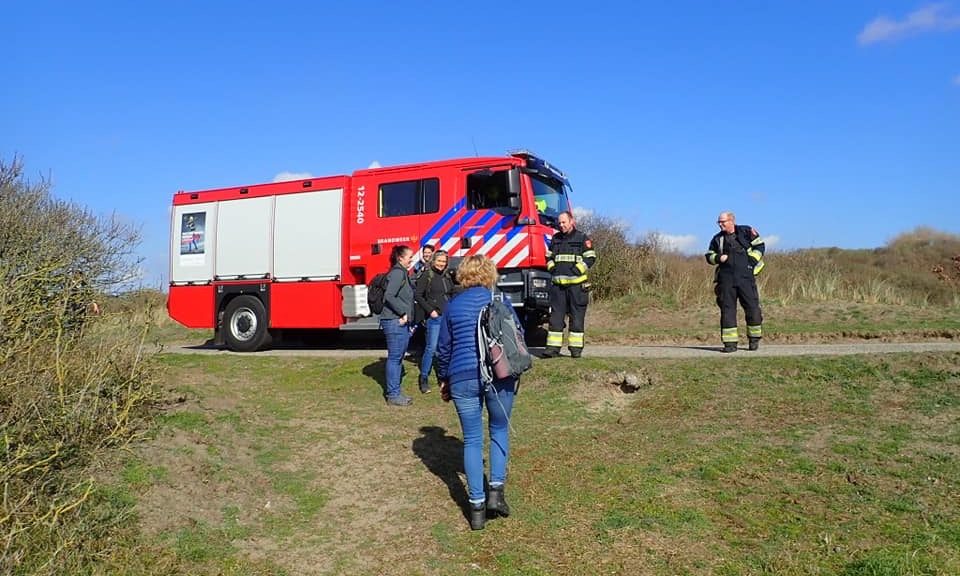 We survived because the fire

Inside us burned brighter

Than the fire around me

This morning I woke up at 5:30 am, not by the sound of the alarm clock but by the singing of birds outside. It’s the first morning of this year that they wake me up with their beautiful songs, and I know spring is definitely on its way.

If I get woken up like this there is not a lot that can hold me back from starting the day with a happy feeling and a big smile upon my face. I like to turn over for a little while and let the day slowly take over the night. I think about what the day has in store for me and again a smile appears upon my face. It’s another Dutch Peakers Walking day. I know for certain that at this time, at least one other Peaker is awake. Not only awake but probably also done with her workout for today. I can’t think of any other Dutch Peaker that is more dedicated to the program than our Miranda

Miranda had a hip replacement surgery in 2017. To make a long story short, the surgeon who did the replacement messed up and she had to consult another surgeon. After that came another surgery, in another hospital. She suffers from severe osteoarthritis in her knees, hips and back and now she’s seeing a rheumatologist. And this lady is doing the program every single day. I applaud her.

Today this awesome lady is our host on our next walk. For the second time we are going to walk in the region of Noord-Holland, the region where we had our first walk of this year. This time Miranda takes us with her to IJmuiden.

IJmuiden actually has four harbours and can be called one of the largest sea harbours of the Netherlands. Only Rotterdam and Amsterdam have bigger harbours. For those of you who go to Scotland by boat, the ferry to New Castle leaves from the harbour of IJmuiden. Additionally, IJmuiden is the biggest fishing harbour in the Netherlands.

When I nearly approached the place we would meet today I had to pass a very large industrial area and I wondered where on earth our walk was going to be. Not much later I was standing in the middle of the dunes!

Standing in the dunes we couldn’t see the ferry in the harbour, but we did see another large (well you can call it huge) cruise ship.

Miranda told us that today’s walk was aproximetly 15km (9.5 miles). She didn’t get the chance to walk it by herself, so we don’t blame her (not at all) that 15km turned out to actually be 19km (11miles)! I hear some of you think, how is that possible? Well, I can come up with a lot of excuses but I won’t. We simply had to walk back and forth a few times.

I refuse to start the discussion whether women are worse roadmap readers then men, for the simple reason that sometimes roads on maps are not what they look like in real life. And second, I do know a man, and I won’t call any names (starts with an S and ends on AM), who can’t read maps either, and eventually end up on an American Air Force Base without any ID. At least we ended up with some nice firemen! (More on that in a bit.)

Anyway we did a little back and forth on our walk, but who cares? The sun was shining, the company great and the surroundings were beautiful.

Or as our fresh Peaker Marit looked at the situation:

“I now understand how you get people to break grounds. You just let them walk back and forth. They have to come along with you, they have no choice, and in the end you tell them they break their grounds”. That’s what she said with a big smile on her face, and she had every right to. She really was breaking her own grounds by walking 19km. Her longest walk previously was about 11km (6 miles). Marrit, we are so proud of you.

Today I also talked and walked with Marjolein. Marjolein works for a very large insurance company as an account executive for corporations. I talked to her about occupational hazard. For example, as a teacher, I always got distracted by schools, schoolbuildings, children playing, etc. I think everybody who loves his or her job does that, aware or unaware. Marjolein tells me that whenever she’s abroad she looks at large buildings, considering at what rate they could be insured.

Jeanette is a hairdresser and as we pass by some hairdressers she had to look into the shop window to look what products they sell. You see, everybody has occupational hazards.

There is a Dutch saying; het venijn zit in de staart (the devil is in the detail). As we saw the end of the walk approaching we had a little discussion whether to walk back through the dunes to get to the cars or just follow the road. It was hot, and because of the back and forth walking some of us were done with walking.

As we were deciding what to do we saw smoke coming out of the dunes.

Talking about occupational hazards, Marjolein and Jeanette immediately walked over to where the fire was, working to put out the fire with some water they had, and stomping on it with their feet. In the meantime, the fire brigade was called and although we told them the fire was over, they came anyway to check if the fire was definitely out. Never a dull moment walking with Dutch Peakers! These are the moments you will never forget. It’s the fire inside us that kept us going today.