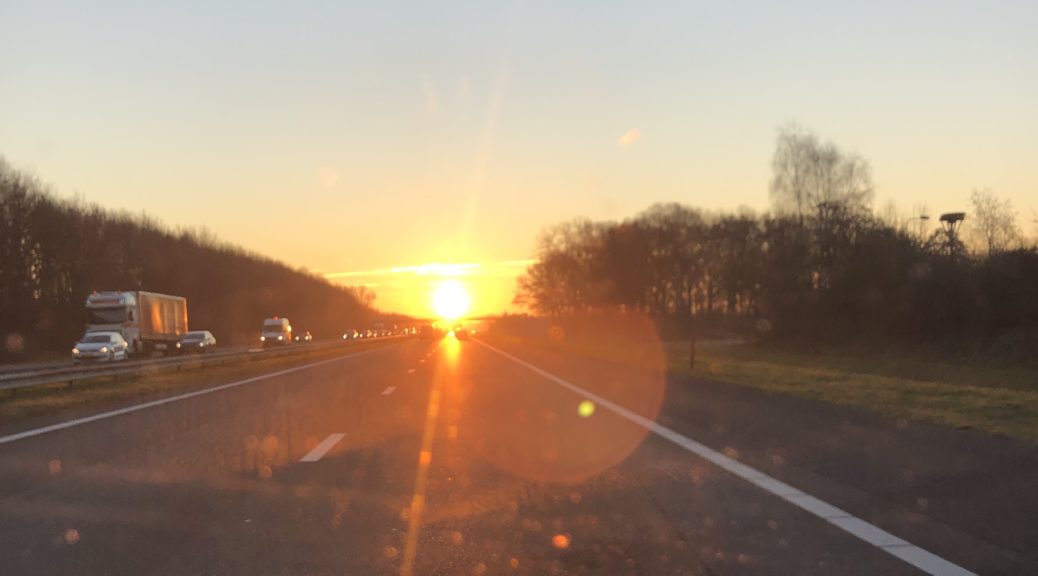 Sing, sing at the top of your voice

Love without fear in your heart

If we all light up we can scare away the dark

Scare away the dark

Winter is coming to an end, and spring is knocking on the front door. I have a strong urge to listen to songs that express that feeling of spring coming. I like to sing at the top of my voice, for life seems so much more beautiful when the sun is shining and you realise that it’s a blessing when you’re happy and healthy.

Why am I sharing this with you? I realise that being happy and healthy is not something we can take for granted, for at this moment, not everybody has a chance to see the sun. They live in the dark. They don’t want to but they have no choice. Something awful happend to a family member of one of our Dutch Peakers Walkers. And choosing to live in the light is not really an option for them at this moment. But maybe if we all light up we can scare away the dark for them just a little bit. Having said that I’m going to take you on our third walk.

Today we are in the region of Brabant. When we did my challenge last year, every Dutch Peaker who joined me had to drive a long way to walk with me, some of them even drove for two hours. This year we are walking all over the Netherlands, and it is my turn to drive. For this walk in the region of Brabant, I had to drive an hour and forty-five minutes to reach my destination, a little village called Someren.

Someren is a place in the middle between Eindhoven and Venlo. But be aware Eindhoven is situated in the region Brabant and Venlo in the region Limburg. Although both regions speak with a soft “g,”  there’s a large difference between the two regions. What they do have in common is that they are both celebrating Carnaval. Both do it in their own way, with a lot of tradition and habits.

As we are walking, Carnaval is only a week away. Today I walk and talk with Petrie. Petrie lives in Venlo and tells me a little bit how they celebrate Carnaval at her place. Four weeks before Carnaval starts in Venlo, there is what they call Boeremoosball. I actually don’t know how to translate this for you but I think Barn Dance is the closest I can think of.

During this Barn Dance the engagement of a wedding couple is celebrated, and the couple who got married last year show their fresh born baby (it’s all a large outdoor play) to demonstrate that their marriage has been fertile. The wedding couple for this year will be wed on Carnaval’s Tuesday, better known as Fat Tuesday. And you know what? Our Petrie is a real Carnaval partier, for she only slept three hours last night. She had a masked ball, and now she’s walking with us. That’s the real Peaker Spirit or should I say, she is just a little bit crazy?

It’s a beautiful day to walk, the sun is shining, and some of us are even walking in MPC2019 t-shirts, fresh delivered in the last couple of weeks. Walking in your t-shirt at the end of February is really an exception. Our first break was at a cosy little restaurant where Ellen, our host for today, treated us coffee or tea with cake. Ellen celebrated her birthday the day before. She turned 60 and is going to walk the West Highland Way with her son this year.

But we did not drive all the way to Someren just to enjoy a nice cup of tea and a piece of cake.

After leaving the restaurant we walked through a forest to get to the moor. The first thing that came to my mind was this moor is totally different than the one I saw a couple of weeks ago in Drenthe, or perhaps is it just because of the beautiful weather today? Me feeling so much better then a couple of weeks ago? When we walked just  little bit further we stumbled upon a place where you could birdwatch. It was a rather large cabin where we had a wonderful view over the Lieropse Moor.

Again I’m surprised by today’s walk. In the middle of the woods, not to been seen if you don’t know where to look, are the remains of a  hidden village. It’s called Kamp Dennenlust, a camp for people in hiding during the WWII. These people in hiding lived here from the 28th of December 1943 until the liberation on the 21st of September 1944. They stayed there because they initially tried to evade what was called “Arbeidseinsatz”. People, mostly men between the age of 18 and 35, were forced to work in Germany during the WWII. Stumbling up to such a place always makes me remind me how lucky we are to live in a free world. It silences me.

With a smile on my face

I told you that the weather was extremely good this day, so we could eat our lunch out in the field and enjoy the first warmth of sunshine. My mother was a big admirer of the sun, not that she did a lot of sunbathing, she didn’t have to, because she got her tan only by being outdoors and sitting just for five minutes in the sun. When winter was done and February started with a little sunshine, she always got a chair, put on her coat and sat in the corner of the garden, letting the first bit of sun on her face. It’s that moment in February that reminds me of her, and it puts a smile on my face.

Being aware of the fact that these few lines of a song don’t mean the same to everybody and nuances are being made, I drive home that evening singing at the top of my voice because I want to love without fear in my heart and with a feeling that I have a choice. And if it might just help one tiny little bit, I light up and scare away the dark for those who need it.

One thought on “Scare away the dark”