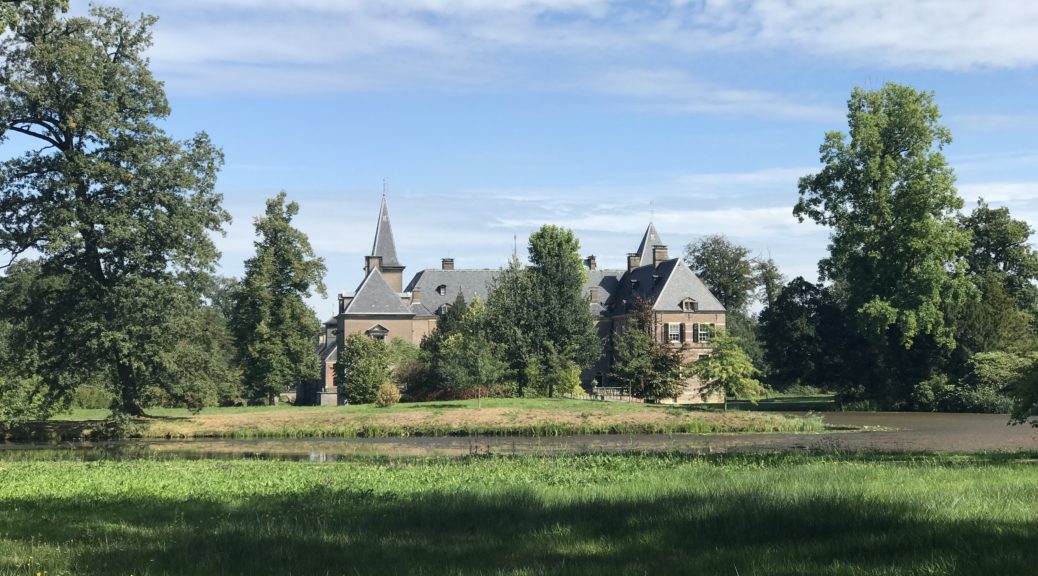 Had to have high, high hopes for a living

Didn’t know how but I always had a feeling

I was gonna be that one in a million

Panic at the disco

Don’t we all have high hopes at some moments in life? Shouldn’t we have high hopes at some moments in life? We want the best out of everything and especially out of life. I know I had high hopes when I first heard my mother had cancer. I thought science was already that far that we can cure quite a  lot of cancers. And after being clean for five years I still had high hopes she would make it through this horrible disease. Unfortunately, the cancer came back and nothing could be done to cure her.

We all know that where there is a high involved there probably will be lying in wait a disappointment  somewhere around the corner. My high hopes vanished, and I had to face reality. I lost my mother when she was 75 and I was 39 with two little kids, and a loving, supporting and caring husband. Throughout the years I had a lot of questions I wasn’t able to ask her anymore.

On my walk today  I spoke with other Dutch Peakers who had high hopes for a life but also hit bottom in their lives. Both Ria and Caroline lost their husbands. One had cancer and the other one had a heart attack. Both women hit bottom, and somewhere on the road to recovery they met MPC and the Dutch Peakers. Every time I hear stories like these, I am touched.

We talked about how they rise again and what it took them to get back to high hopes. And although it sounds strange, that’s why these walks are so beautiful and valuable. There’s a story in everybody…you just have to listen and walk.

Our walk for today bears a German name. That’s no surprise, for Louise took us on a walk in the region of Overijssel, an area better known as Twente, amongst us Dutch People. And Twente is very close to the German border. But that’s not why this walk is called Umfassungsweg. It owes its name to a landscape architect called Petzold. It must have been somewhere around 1890 that he created this route that includes the heart of the state we are walking in today.

We started in a place called Delden, with a little over 7400 inhabitants, and an ice cream shop that sells the best ice cream ever. Unfortunatly as we passed, it was closed.

2 Km North of this city lies a beautiful castle named Twickel, located on the largest private estate in the Netherlands. The estate not only includes a castle but also a court, gardens and outbuildings. We walked through the estate and enjoyed the beauty and diversity of the landscape.

For Louise it brough back youthful memories. Her grandmother used to live in the region, and as a child she used to walk here often and even went ice skating in the winter. Whether it rains or the sun shines, it’s always beautiful here according to Louise. And when you work as a psychologist with people who are mentally disabled in combination with addiction problems and phychiatric disorders, I do understand that walking in an area like this clears your head.

Today I had the honour of meeting some new Peakers. Maybe new is too big a word, with social media all over, you wonder who’s new to you.  What I meant by “new” is that I had never met them in life.

Jolanda is one of those whom I did not have the pleasure of meeting before. In 2010 she and her husband left for South Africa. They had high hopes, for they decided that South Africa was going to be the country where they would grow old and grey. They had no intention of ever returning to the Netherlands.

But then her husband’s company went bankrupt.  When you don’t have a job in South Africa you don’t have a green card, and no green card means you have to leave the country. The company orginally was German and so they moved back to Germany, close to the Dutch borders. Still every day she misses South Africa and she is trying hard to get her life back on track.

And then there is Antje. Antje lives on one of the Frysian Islands and had to take a boat trip of two hours and a drive of over two hours to join us for a walk. Travelling almost half a day to walk with other Dutch Peakers means she certainly must have high hopes. I hope Antje we made these high hopes come true. Later this year you will hear more of this lady, for we have plans to go to walking in her region at the end of September.

And then there is Caroline, sweet Caroline. I have done several walks with her so far and every time my admiration for this woman grows. She is the one that lost her husband from a heart attack when she had two children of 20 and 16 years old. The first time we met was on our walk in Scheveningen. I have to admit I didn’t talk to her much that first time, but I certainly noticed her. Why did I notice her? Well this is a little confession and I hope she will laugh about it…I know she will.

As I looked at her feet I saw she was wearing sneakers. And I get it, not everybody has decent hiking boots the first time you join in for a walk, but somehow I had my doubts if she would make it on those sneakers, but she did, and that’s when my admiration for this woman started to grow. She is a tough lady, and there is hardly anything that stops her.

Not long after that she bought hiking boots.  Caroline often suffers from pain in her knees, but she keeps on walking, no matter what. You are an absolute go-getter, a fighter, Caroline!

Caroline works in the housing market as a coach. I hear a lot of you thinking, what’s she doing? Well that’s exactly what I thought so I asked her to explain it a little and know I will try to explain it to you.

When people have bought a new house she guides them with the additional work. Everything that’s not standard applied into the house or what differs from the original blueprints (for example when you want to relocate a wall), she will be the contact for the buyers.

Although there is a lot of talking while walking there’s always something unexpected in our walks. This time we stumbled upon an 650 year old watermill. Today this mill was in operation because of National Mill Day in the Netherlands. A couple of volunteers were very enthusiastic in telling us how the mill produced oil out of flaxseed. The mill has been renovated several times and everything you see inside the mill is still as it was in 1347.

I started today with high hopes. Looking back on another beautiful walk in our little country, I can say with certainty that my high hopes didn’t end in disappointment.

Thank you Louise for a beautiful walk which “umfasste” everything.